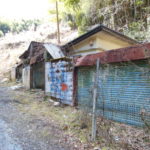 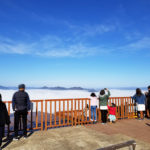 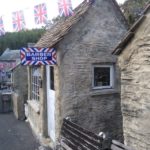 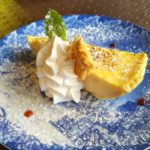 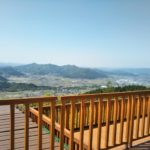 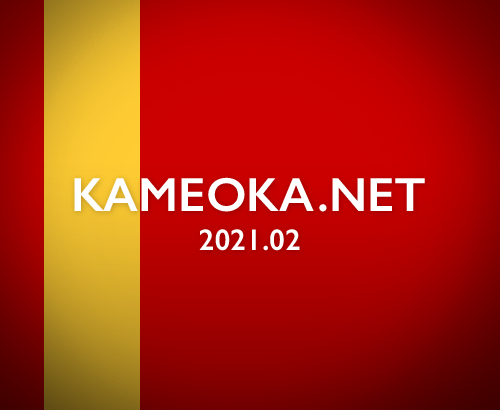 [Kyoto]Izumo Ogasumi | Super popular with marriage! If you come to Kameoka city in Kyoto Prefecture it is a sightseeing spot sure to go! 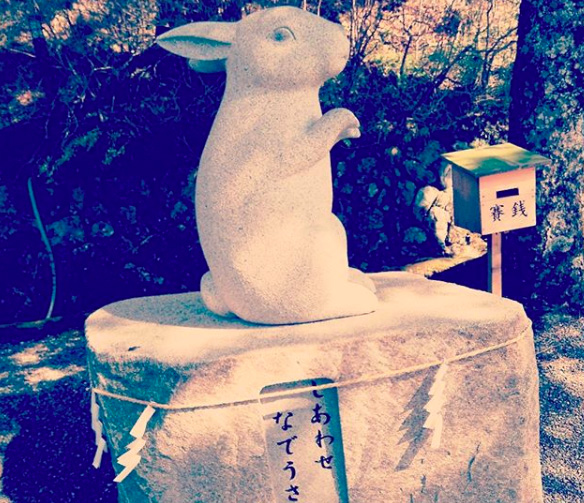 【This sentence was translated by Google translation.】

Speaking of “Izumo”, I think that the general public thinks of “Izumo Taisha” in Shimane prefecture. However, in Kameoka city, Izumo Osamu Shrine here is also famous for being famous.
The place is Chitose Town in Kameoka City. About 1 hour on foot from JR Kameoka station, about 15 minutes by car. It is about 45 minutes on foot from the nearest JR Chiyogawa station, about 10 minutes by car. I think that it is difficult to go on a short walk. I think that taxis, rental cycle or buses are going out as well.

After checking the homepage, information on the bus etc is on it. Although it is recommended by bus, parking lot is firm, too, firstly three places of ① front Omotesando parking lot, ② west parking lot, ③ big parking lot will be parking lot.
On weekdays or nothing day ① I think that it will be parked in the front Omotesando parking lot, but because the space is limited, there is a possibility that it can not be stopped, and ② Western parking lot is recommended in a crowded place if it is somewhat crowded. It is hard to understand a little because the entrance comes from the side of the shrine or from the other side, but it is probably the nearest to the precincts. So, rather than saying a person who is a bowhead, it is an image that is used when the area comes to draw water. In the case of a wheel chair it may be good here.
When I come for sightseeing etc. I think that it is good to enter from the front why. So I think whether to stop at ① or ③.
However, ③ a large parking lot is a rather large space, but it is far away. And it’s going uphill when I go. Because we can bear with the elderly, take the initiative to initiate a cheap person ③ stop at the big parking lot.
By the way, I think that you will be going to wait for the big parking lot in the third place at the first shrine visit. I’m afraid of the slope if I snow accumulated. .

And I think that there are many people who think, so I tried using my own network and the Internet. That is it, although powerful literature and explanations were found, it is in the phenomenon which thinks that it is a wonderful thing to think differently because many difficult characters have come out about the first two or three lines about how to say it, I could not understand it firmly.

However, it is something to say “It is hard to understand” that somehow it seems to be saying like this. It was said that it was recommended by Izumo Taisha Shimane of Shimane, and the Izumo Ojinjinga of Kameoka city is also known as “former Izumo”, and there was also a statement that Izumo Taisha Shimane was recommended by Izumo Ojinjin in Kameoka city. Is it he who says there are various opinions?
As Kameoka citizen, Izumo Ojinomiya in Kameoka city is the destination! Although I’d rather like to say something, it is quite interesting to look it up again.
The name of Shimane was originally called Kitsuki Taisha (Kizuki Tamashi), it was Meiji 4 years that I became the current Izumo Taisha Shrine. I wonder if Kameoka is earlier if it is limited only to the name “Izumo ~”, but how do you know. It is interesting if Kameoka was really the origin.

By the way, are not you well known? Perhaps, in Kameoka City there is something called ” Izumo Taisha Kyoto Branch House ” which is a branch office of Izumo Taisha Shimane prefecture. The place is around the back of Nakayama pond.

By the way, it seems that Izumo Osamu Palace and Izumo Taisha Shrine are starting to exchange further with the foundation 1300 years.

Izumo Ojinomiya of Kameoka city which is very popular with marriage!

And the story goes back, although it is Izumo Ojinjinga of Kameoka, it is popular with marriage anyhow!
A few decades ago when I was a child, I did not feel that it was particularly famous, but in recent years it seems to be very popular with marriage, and pretty young women and young people are coming to visit. (It seems that spiritual people introduced and popularized)

By the way, Izumo Ojinomiya likes the atmosphere, so I have visited many times, but I can not feel particularly good edges for now. Perhaps I think that the power of Izumo Ojinomiya will be demonstrated from now on. Yup. Surely it is.

There are also people who are married and popular, and some people are doing wedding occasions.

Inside the precincts there are many other things besides the main hall, such as “the couple rock” which is most noticeable or “the happy happy rabbit” (such a time when it was possible to do lol), but when entering the mountain the waterfall There are things such as tombs and tombs. I personally like that part, I feel like a power spot.

Until recently I did not know, is this mountain itself? Near the top? There is a place of Besa when climbing a little on that mountain, is this feeling that this is the most powerful spot?
I do not want to go there without permission, I can not go on if I have to take a mountain after I accept reception at a company office. Although there is not such a long distance and it is not a kitsui mountain path, it is gravel and so it is recommended that those who wish to climb it should go on walking shoes.

There are lots of places of interest, so when you visit I would like to go on a schedule about an hour slowly.

Where I go to Izumo Ojinjinga · Neighboring spots

First of all, Izumoan next door to Izumo Ojinjaku, a soba noodle shovel restaurant. It is a good feeling because there is taste in an old private house-like building. You should definitely go here!

There is a thousand years old car tumultuate tomb in about ten minutes’ walk. This is clearly a hill, is not it? I think that we can only find pleasures in ancient Mu Mania who is heard that there is only a little.

Next is the Sawa pond in the flat. I do not know well, but maybe there are water birds. I feel like a lotus. Cherry blossoms are beautiful in spring.

Paraglider ” Birds Paraglider School ” near Pingu Sawa pond. A few years ago I also experienced a tandem course with the instructor, but it was a lot of fun! Although I do not know the market price, although the price has gone so far, it is highly recommended as there are not many opportunities to do so! I definitely want to go again.

In the spring, the cherry blossoms of the Nanigawa river are also famous, and if you go to Izumo Ojinjinga in the spring, Shichidani should go with a set! Many cherry blossoms are spectacular. It seems like barbecue can be used other than spring so it is also recommended.

And if you go to Nanatsugawa River, you can say a little more than Atago Shrine (former Atago), so it may be good to go for a walk and see also.

There is also a place called Tamba Kokubunji ruins in the vicinity, it is a feeling (a personal impression) as a lonely temple now, but if it is very old history, if you are a histor lover you may try going once.

I also recommend place KIRI CAFE which seems to have been able to do recently, and its neighboring hen tie. Is KIRI CAFE doing it on Friday and Sunday? It is a feeling, but it is probably a cafe that seems to almost come out if there are some Kameoka cafe special features. I also want to go.

Yuki tei is a very popular restaurant with a very history. Of course the food is wonderful, but the building itself is quite amazing, and the atmosphere is packed with some history in the shop.
It is one of the shops you would definitely want to visit when you come to Kameoka with a movie or photography of a historical drama.
Since both are on their way to Izumo Ojinjinga from JR Kameoka station, why not stop by?

There is also Yukonohana Onsen of Kameoka which is the back seat of Kyoto when it comes to staying, so it is recommended to take it easy at the hot spring.

So, as a plan for a trip I would like to recommend personally, I will arrive at JR Kameoka station around 10:30 am. And we will rent a car first around Kameoka station. I definitely want to borrow rent-a-car. If you can afford a taxi is acceptable. And I will go to Izumo Ojinjinga.
I tried climbing a mountain and enjoyed Izumo Ojinjinga for about an hour with a kettle. And before lunch time, we had lunch at Izumoan or Hokikatei. After that, if it is the season of cherry blossoms in the Naniya River if it is spring, Atago Shrine (former Atago) → Tamba Kokubunji ruins if it is the other season. 14:30 around here. Next, I went to see Kameyama castle ruins, and then took a walk in the castle town. Once wandering around, you visit Kotaji Temple → a shrine of Hinada to seal cancer. If you have time to go horse riding experience at the glow stone museum or SILVANO STABLES . And it is the flow to stay somewhere in Yunohana Onsen. (It may be changed to a Kameoka cafe tour somewhere)
The next day is the feeling that it is GO in Kyoto city by the Hozu River descent or a truck train.

As I said, I wrote an article about Izumo Ojinjo, but it was a revolutionary content that almost never introduces the history and history of Izumo Ojinomiya. I hope I can introduce the contents of the neighborhood at a later date. I can not wait till then! If you are looking at the official website please check it on the internet.

Regional people as well as those in Kyoto City and other prefectures, please go to Izumo Ojinjin 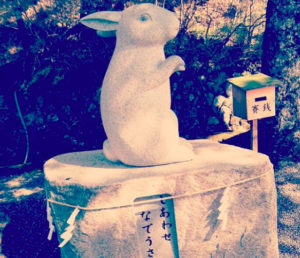 2018/8/6
[Kyoto]Izumo Ogasumi | Super popular with marriage! If you come to Kameoka city in Kyoto Prefecture it is a sightseeing spot sure to go! 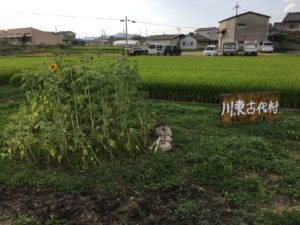 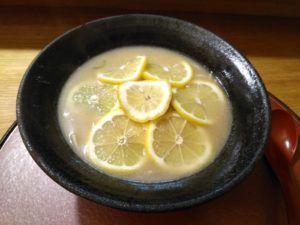 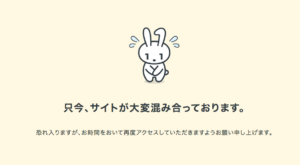 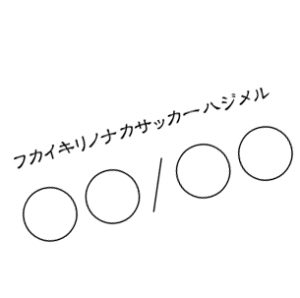 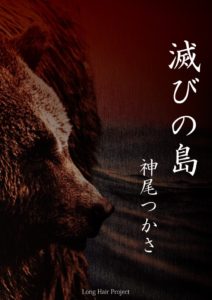 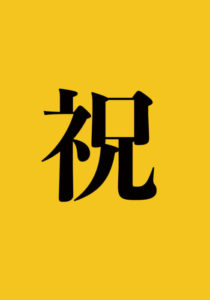 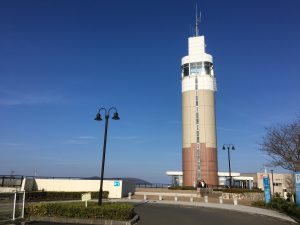 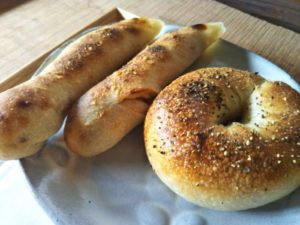 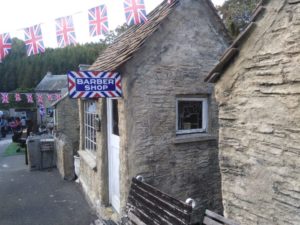 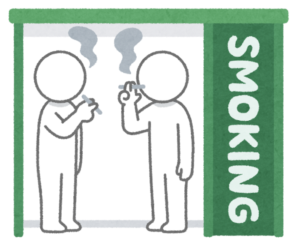 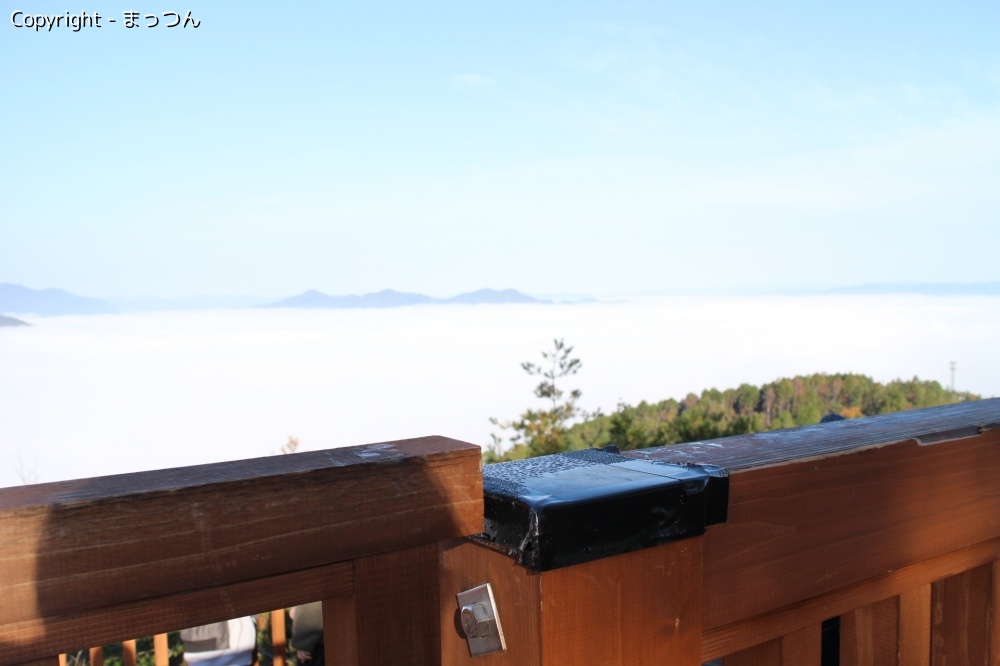 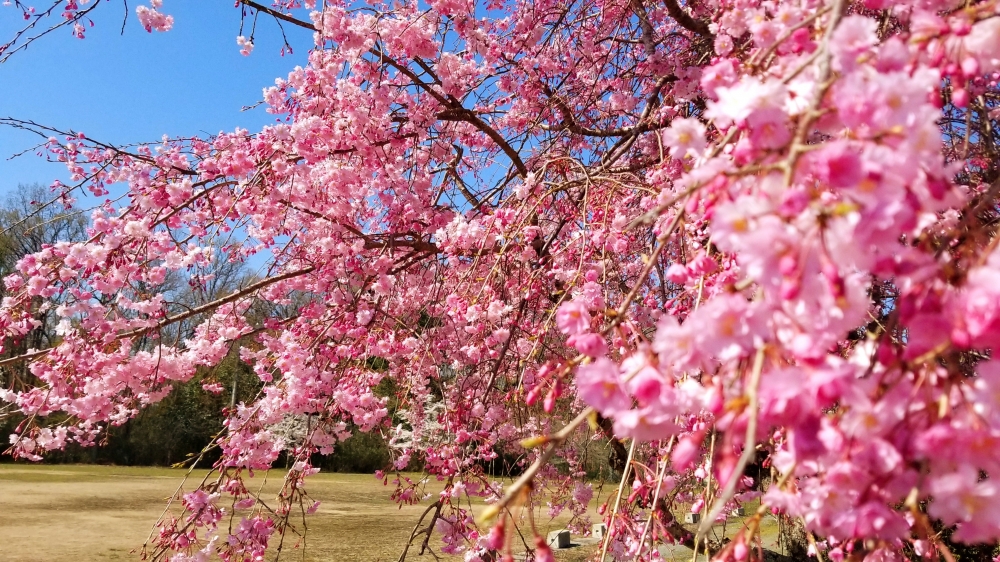 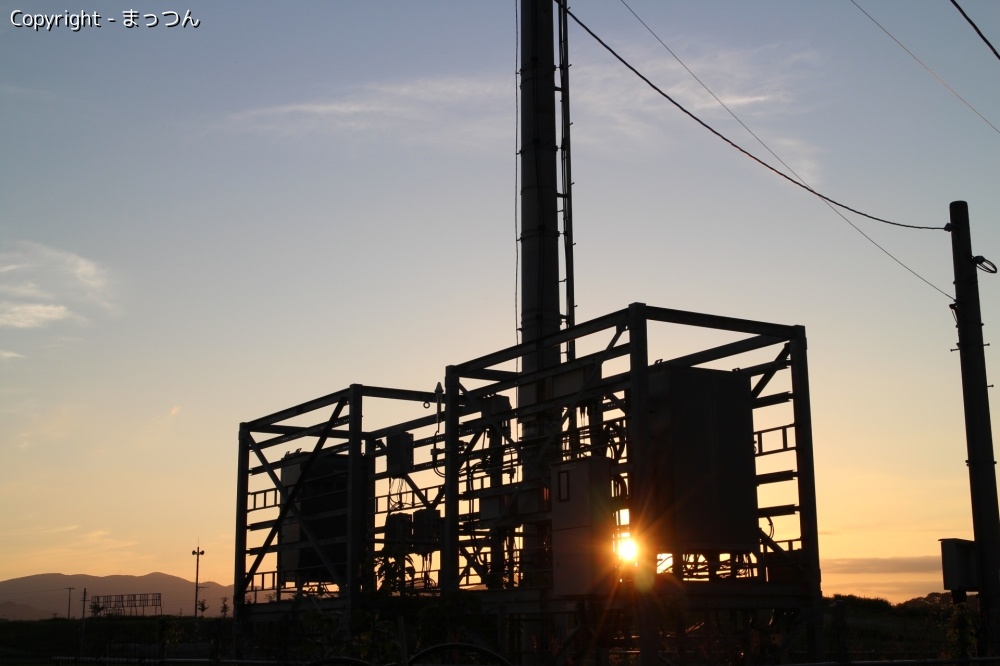 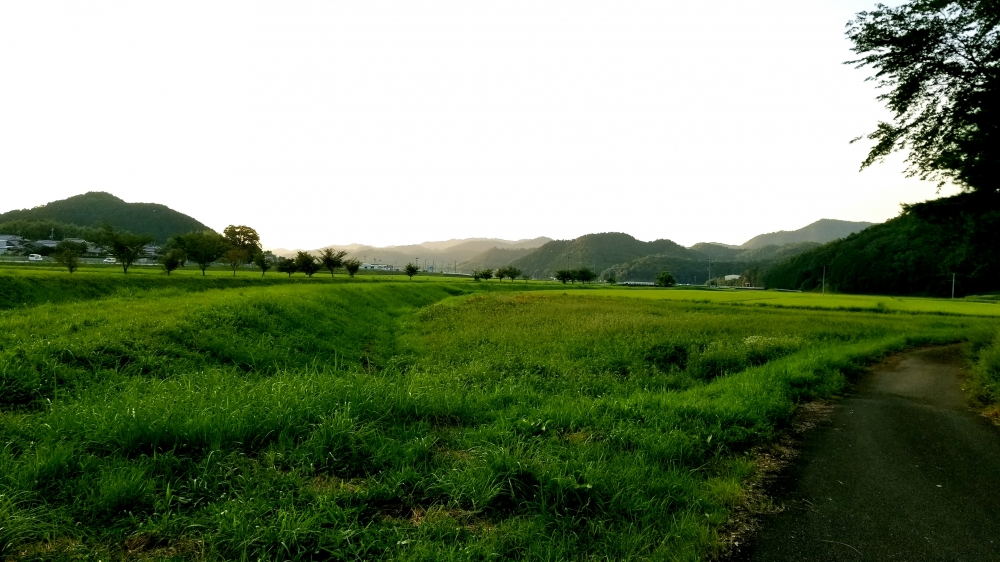 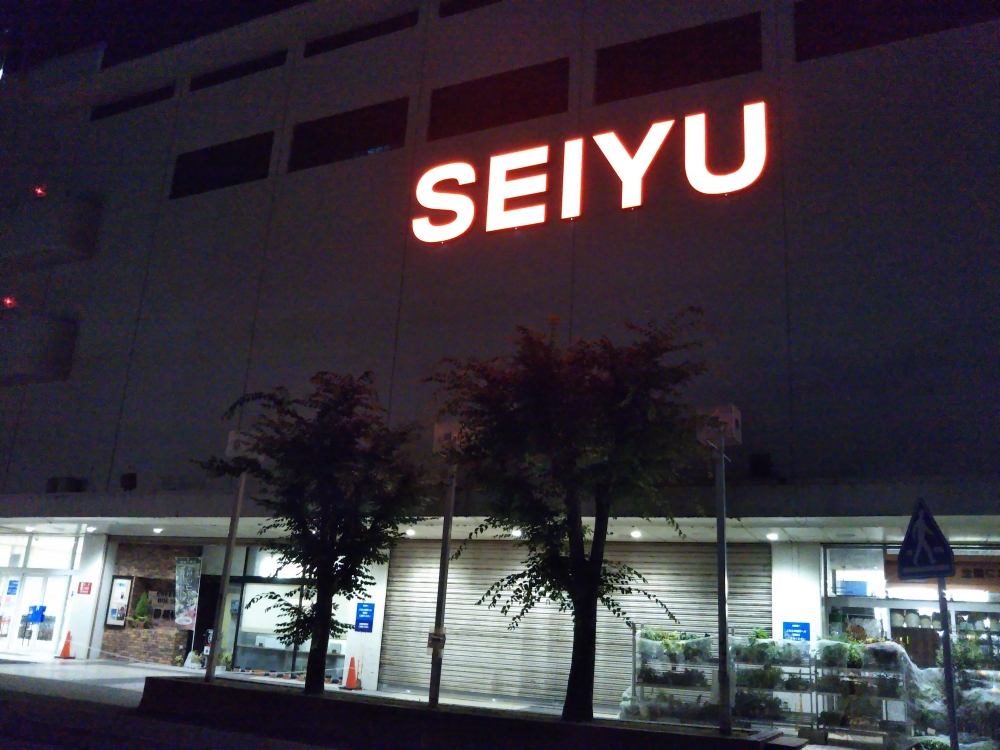 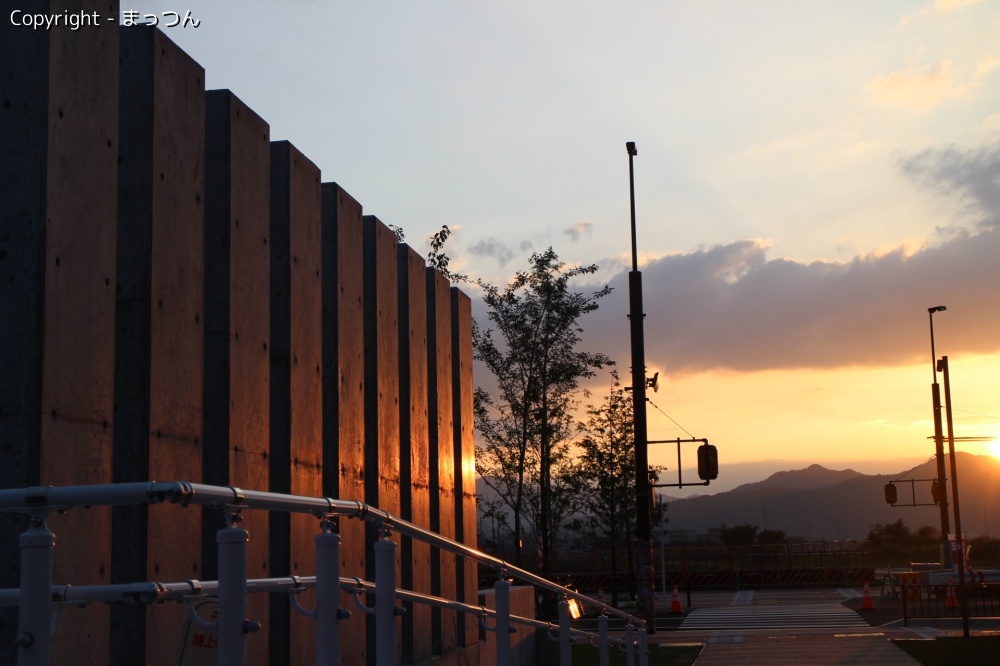 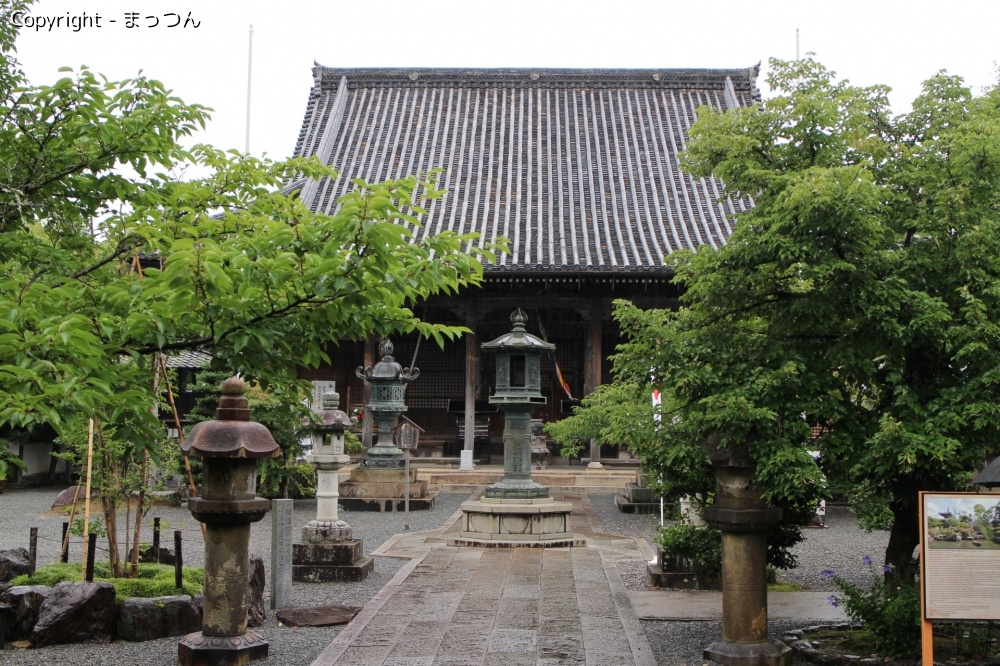 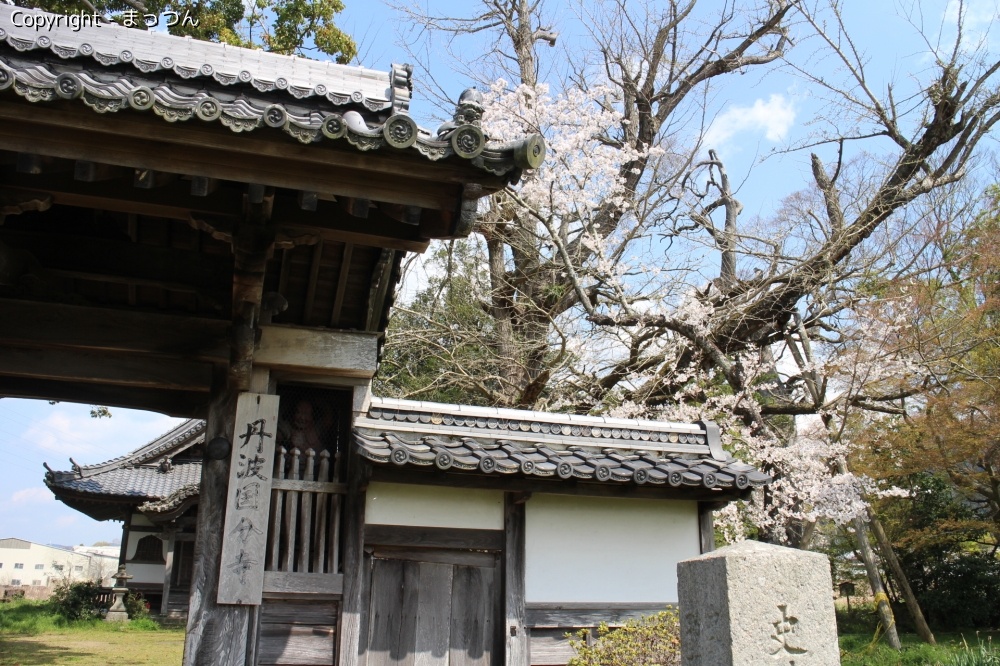 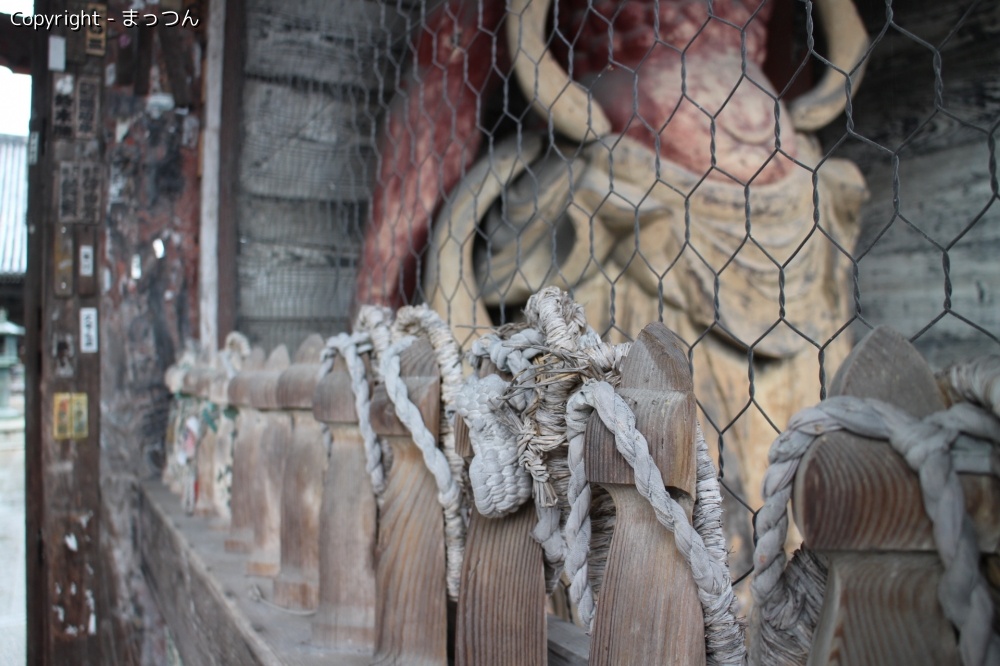 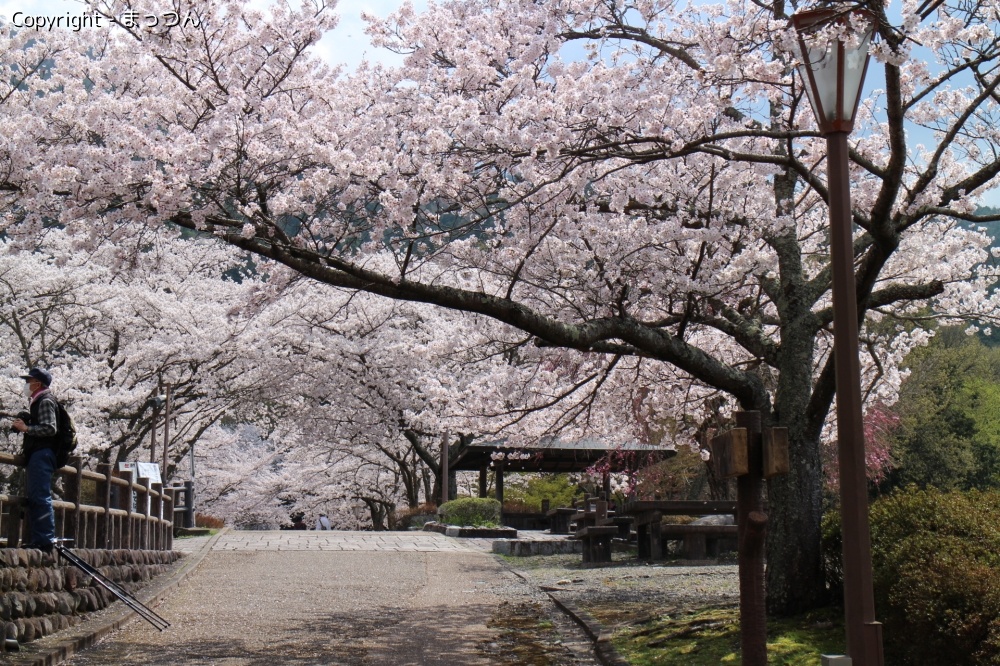